Some buildings with fire damage. 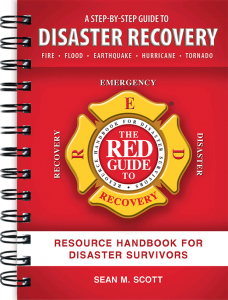 In the fire restoration industry today, many practitioners use ozone generators as one of their primary means to neutralize smoke odor. Although ozone may be effective to some degree in neutralizing odors, many experts disagree on its effectiveness and whether the risks outweigh the rewards. Ozone or trioxygen, is an inorganic molecule made up of three oxygen atoms with the chemical formula O3. The name ozone derives from ozein, the Greek verb for smell, referring to ozone’s distinctive odor.

Ozone is a gas that occurs naturally in the stratosphere and the troposphere, which is the layer closest to the Earth’s surface. Here, ground-level ozone is an air pollutant that is harmful to breathe and damages plant life. It is also a main ingredient of air pollution commonly known as urban smog.

Are There Health Risks Associated with Using Ozone? Most of my colleagues in the restoration industry feel that ozone is natural to our environment and relatively harmless. To illustrate this, here are some comments made by a manufacturer of ozone generators: “Ozone is a highly effective natural sterilizer that can inactivate practically any organic contaminant on contact. As it is a highly reactive gas, ozone continually reverts back to its most stable form by releasing one of its atoms to turn back into oxygen (from O3 to O2). As ozone is a gas composed entirely of oxygen, it leaves no chemical residue whatsoever. The only by-product remaining is fresh clean air.”

That sounds pretty amazing, right? Let’s take a closer look and see what scientists and government agencies have to say about ozone.

The Canadian Centre for Occupation Safety and Health reports that: “Even very low concentrations of ozone can be harmful to the upper respiratory tract and the lungs. The severity of injury depends on both by the concentration of ozone and the duration of exposure. Severe and permanent lung injury or death could result from even a very short-term exposure to relatively low concentrations.”1

The EPA states that ozone exposure can be especially hazardous for people that have respiratory ailments such as asthma and COPD. People with asthma are likely affected by ozone in two ways: (1) they might be more sensitive to ozone than other people and experience lung function changes and respiratory symptoms at lower concentrations or with greater magnitude; and (2) the injury, inflammation, and increased airway reactivity induced by ozone exposure may worsen a person’s underlying asthma.2

The National Institutes of Health has identified the following health effects associated with ozone exposure:

The Globally Harmonized System of Classification and Labelling of Chemicals (GHS), is a standard managed by the United Nations that was set up to replace the assortment of hazardous material classification and labelling schemes previously used around the world. The GHS uses the following pictograms to classify ozone.4 Acute ozone exposure ranges from hours to a few days. Because ozone is a gas, it causes direct and immediate harm to the lungs and the entire respiratory system. Inhaled ozone causes acute but reversible changes in lung function and inflammation, as well as airway hyperresponsiveness. These changes lead to shortness of breath, wheezing, and coughing which may exacerbate lung diseases, like asthma or chronic obstructive pulmonary disease (COPD).
Multiple studies have been conducted to determine the mechanism behind ozone’s harmful effects, particularly in the lungs. These studies have shown that exposure to ozone causes changes in the immune response within the lung tissue, resulting in disruption of both the innate and adaptive immune response, as well as altering the protective function of lung epithelial cells. It is thought that these changes in immune response and the related inflammatory response are factors that likely contribute to the increased risk of lung infections and worsening or triggering of asthma and reactive airways after exposure to ozone.

Inhaling ozone not only affects the immune system and lungs, but it may affect the heart as well. Ozone causes short-term autonomic imbalance leading to changes in heart rate and reduction in heart rate variability; and high levels exposure for as little as one-hour results in a supraventricular arrhythmia in the elderly, both increase the risk of premature death and stroke. Ozone may also lead to vasoconstriction resulting in increased systemic arterial pressure contributing to increased risk of cardiac morbidity and mortality in patients with pre-existing cardiac diseases.5

Ozone is also known to damage the sense of smell. Not only does this disguise rather than eliminate odors, it can also have the dangerous effect of decreasing a person’s ability to detect high ozone levels.6

Another major concern of using ozone is the fact that there is limited information on the nature and toxicity of its byproducts.7 When ozone is used to deodorize a fire or smoke damaged building, chemical reactions take place that create a wide range of known and unknown hazardous byproducts. Here are a few that scientific studies have identified:

Reactions of ozone and terpenes lead to the production of formaldehyde. Terpenes are organic compounds of resin and of turpentine produced by conifer trees (pines, cedars, spruces, redwoods, etc.). The National Toxicology Program has named formaldehyde as a known human carcinogen.8

When formaldehyde is present in the air at levels exceeding 0.1 ppm, some individuals may experience adverse effects such as burning sensations in the eyes, nose, and throat; coughing; wheezing; nausea; and skin irritation. Another name that is synonymous for Acetonitrile is methyl cyanide9 Vapors can cause adverse health effects, such as reproductive damage. Symptoms may include chest tightness, headache, nausea, weakness and shortness of breath, and may lead to death. Repeated exposure may affect the liver, kidneys, nervous system, and thyroid gland.10, 11 Cyanide poisoning can also be produced from contact with the skin.12 The National Library of Medicine notes that Acetonitrile is suspected of causing genetic defects.13 A study conducted by the World Health Organization found that another byproduct of ozonation is bromomethane.14

Methyl bromide is used as a fumigant and pesticide and is highly toxic. Studies in humans indicate that acute inhalation may severely injure the lungs.
Breathing high concentrations of methyl bromide may cause pulmonary edema, impairing respiratory function. Acute exposure by inhalation frequently leads to neurological effects in humans. Symptoms of acute exposure include headaches, dizziness, fainting, confusion, numbness, and, in severe cases, paralysis and convulsions.15

NO2 is corrosive to the skin and the respiratory tract. Inhalation of the gas or vapor may cause lung edema. Such exposures over short periods can aggravate respiratory diseases, particularly asthma, leading to respiratory symptoms (such as coughing, wheezing, or difficulty breathing). Longer exposures to elevated concentrations of NO2 may contribute to the development of asthma and potentially increase susceptibility to respiratory infections. People with asthma, as well as children and the elderly, are generally at greater risk for the health effects of NO2.16,17 Ozone reacts with hydrogen sulfide to create SO2. It reacts with humidity and forms sulphuric and sulphurous aerosol acid. In the environment, these acids create what is known as “acid rain”. SO2 causes breathing difficulty, psychic alterations, pulmonary edema, heart failure, and circulatory collapse. SO2 is also associated with asthma, chronic bronchitis, and morbidity and mortality increase in the elderly and infants.

SO2 emissions that lead to high concentrations of SO2 in the air generally also lead to the formation of other sulfur oxides (SOx). SOx can react with other compounds in the atmosphere to form small particles. These particles contribute to particulate matter pollution that may penetrate deeply into the lungs when inhaled and can contribute to other health problems.18,19

Studies conducted by the CDC have found that increased incidences of lung, skin, and bladder cancers are associated with occupational exposure to PAHs. Studies show that certain PAHs also can affect the hematopoietic and immune systems and can produce reproductive, neurologic, and developmental effects.20

The current OSHA permissible exposure limit (PEL) for ozone is 0.1 ppm averaged over an eight-hour work shift.21 Ozone levels of 5 ppm or higher are considered immediately dangerous to life or health (IDLH). 22 Commercial grade ozone generators can produce over 20 ppm (that is 200 times over OSHA’s PEL). Depending on the size of the area being treated and quantity of generators, dangerously high concentration levels of ozone can be created.

If you are going to use ozone generators to deodorize smoke odors in an indoor environment, take the necessary precautions to protect workers and occupants. Consider the following:

Keep in mind that ozone generators do not remove particulates from the air. This includes the particles which are primarily responsible for allergic reactions or respiratory ailments. Utilizing air scrubbers or purifiers that utilize HEPA or Ultra Low Penetration Air (ULPA) filters is a significantly safer and more effective solution to removing odor laden particulates than ozone generators. Instead of releasing dangerous ozone and creating hazardous byproducts, a HEPA or ULPA filter traps indoor air pollutants rather than trying to create a chemical reaction with them. In many cases, these types of filters are combined with other technologies, such as activated carbon, to provide even better results. Utilizing air scrubbers with the right filters can remove solid, chemical, and gaseous pollutants from the air and dramatically improve indoor air quality.

For more information on ozone, visit: 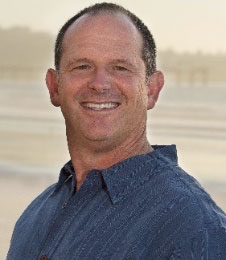 Sean is the Author of Secrets of the Insurance Game and The Red Guide to Recovery – Resource Handbook for Disaster Survivors. Sean has also written numerous articles and papers on smoke and fire related issues. If you would like more information, please feel free to contact Sean Scott at sean@theredguidetorecovery.com. Briana is the co-author and editor for Heritage Publishing & Communications. She has been instrumental in providing and interpreting information regarding the ecological effects of disasters. Briana also adds invaluable knowledge and understanding of scientific processes and her research has helped raise awareness of a wide range of post-disaster health and environmental hazards.